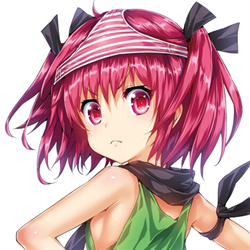 Deadball-P (デッドボールP) was an early adopter of VOCALOID who debuted in September 2007. His early works contained blatant sexual expression and were deleted from Niconico when the CD sales for them started. He often re-uploads the removed songs with revised moderate lyrics. He has also worked with utaites for songs such as "Hattari Dake de Ikiteru" in collaboration with recog.

He is also a big fan of Yuri (Girls' Love), and releases several duet songs (Miku/Rin and one Miku/Neru) that he titles as part of his "yuri" series. In addition to his love of yuri, He even created his own anthropomorphic character called "De P" (デPたん). He was born on February 23, 1985. 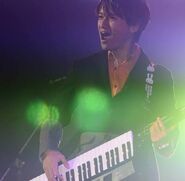 Add a photo to this gallery
Retrieved from "https://vocaloid.fandom.com/wiki/Deadball-P?oldid=1039022"
Community content is available under CC-BY-SA unless otherwise noted.