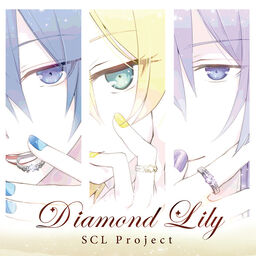 "Diamond Lily" is an original song by SCL Project.

This song was later rearranged and uploaded as "Diamond Lily (2018 LiveVer.)".

IMPORTANT NOTE: Len's undeciphered parts are not featured here, as they are not written down by the author.

The original version is featured in the album of the same name.

Retrieved from "https://vocaloid.fandom.com/wiki/Diamond_Lily?oldid=905474"
Community content is available under CC-BY-SA unless otherwise noted.