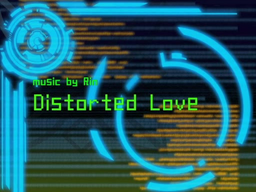 "Distorted Love" is an electronic song sung by Megurine Luka, uploaded several months after her release and featured on the album Freestyle. It was Ginsuke's second original VOCALOID work. The song was followed by four official remixes, two of which have also been album releases.

Retrieved from "https://vocaloid.fandom.com/wiki/Distorted_Love?oldid=941989"
Community content is available under CC-BY-SA unless otherwise noted.