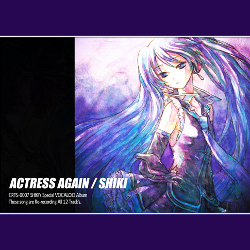 Recalling and yearning for pleasant summer days spent with someone in the past.

It was originally an instrumental BMS track. It was later given lyrics and included on the albums ACTRESS AGAIN (feat. Miku) and ENDLESS DREAMER (feat. emi). A remix was made to update its sound after Taito expressed interest in including "ENDLESS DREAM" in GROOVE COASTER EX3.

Retrieved from "https://vocaloid.fandom.com/wiki/ENDLESS_DREAM?oldid=820009"
Community content is available under CC-BY-SA unless otherwise noted.