EXIT TUNES PRESENTS Kaitonation feat. KAITO is a compilation album by EXIT TUNES in which all songs are sung by KAITO. It contains 19 tracks. Notable songs such as Akuno-P's "Judgment of Corruption", "Kurenai no Hana" and its own theme "Kaitonation". The album also includes a secret track to be the 20th song.

A special Talkloid was made to promote it and it can be watched here. 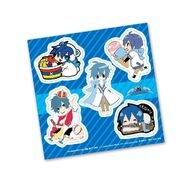 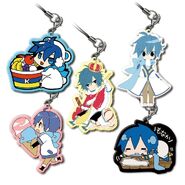 Retrieved from "https://vocaloid.fandom.com/wiki/EXIT_TUNES_PRESENTS_Kaitonation_feat._KAITO?oldid=987127"
Community content is available under CC-BY-SA unless otherwise noted.