Meikonic is a compilation album by EXIT TUNES with all tracks featuring MEIKO and the second album in the solo compilation series. Notable tracks include such as yuukiss' Nostalogic and Kiraboshi Hikaru's Yuuyami no Ayame Uta. The album also includes a bonus track sung by Meiko Haigo.

Full illustration of the front cover 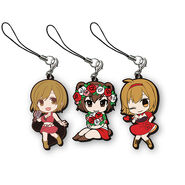 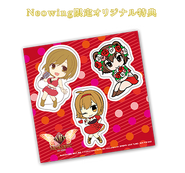 Retrieved from "https://vocaloid.fandom.com/wiki/EXIT_TUNES_PRESENTS_Meikonic_feat._MEIKO?oldid=993602"
Community content is available under CC-BY-SA unless otherwise noted.