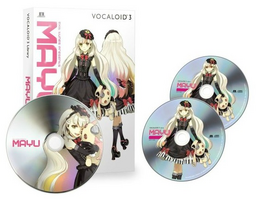 VOCALOID™3 Library MAYU SPECIAL 2CD is a compilation album by EXIT TUNES. This is part of the promotion of EXIT TUNES' first VOCALOID, MAYU, who was released on December 5, 2012 and uses the VOCALOID3 engine. It is part of a special package containing MAYU and a two-disc compilation of her songs produced by over thirty different notable producers, as well as limited edition items. All tracks are sung by MAYU. 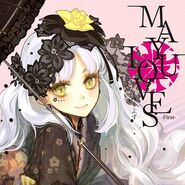 Included with the album are the following items:

Specific stores provide something extra with a purchase of the album:

Retrieved from "https://vocaloid.fandom.com/wiki/EXIT_TUNES_PRESENTS_VOCALOID™3_Library_MAYU_SPECIAL_2CD?oldid=999152"
Community content is available under CC-BY-SA unless otherwise noted.