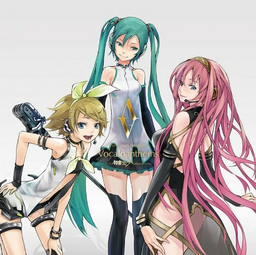 "Vocaloanthems" is a compilation album by EXIT TUNES and is the 5th in their "Vocalo" series. It consists of some notable tracks such as Dixie Flatline's "Just Be Friends", Junky's "Melancholic", mothy's "Evil Food Eater Conchita", and more.

This album features Miku, Len, Rin, KAITO, MEIKO, and Luka. It's also the first and so far only "Vocalo" series album to feature an UTAU: Kasane Teto. 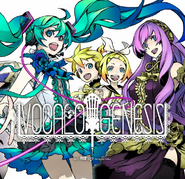 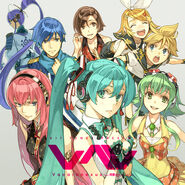