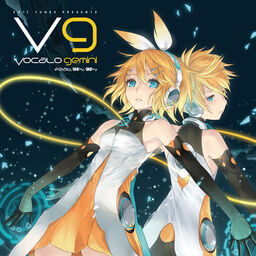 "Vocalogemini" is Kagamine Rin and Len's first EXIT TUNES only-best compilation album. At first, the album was to be released on February 15, 2012; however it was delayed to April 4, 2012. It consists of the Kagamines' biggest hits; also new songs from three notable composers (Hitoshizuku-P, Nem, and Live-P), with illustrators like Yamako, Hiro Tamura, Nagimiso.SYS and more. Tracks 16 and 17 are bonus tracks. Despite being a Rin and Len compilation album, the last track features Miku and Luka. 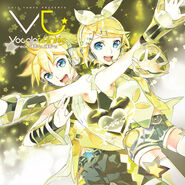