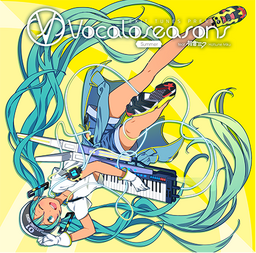 "Vocaloseasons ～Summer～" is a compilation album by EXIT TUNES, the 20th in their "Vocalo" series, and the 4th "Vocaloseasons" album. It contains 15 summer-related tracks written by various producers, featuring previous favorites and newly written ones. 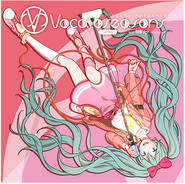 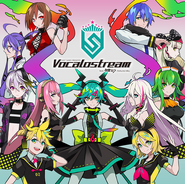 Each copy of the album will feature one random acrylic key chain drawn by either Kamogawa, Suzumi Shiro, or Nou and a large-sized 515x515 mm square poster of the album cover art by Kamogawa.

Retrieved from "https://vocaloid.fandom.com/wiki/EXIT_TUNES_PRESENTS_Vocaloseasons_feat._初音ミク_～Summer～?oldid=905688"
Community content is available under CC-BY-SA unless otherwise noted.