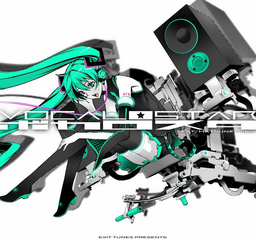 Vocalostar is a compilation album by EXIT TUNES and the 2nd in their "Vocalo" series. It consist of some of the notable tracks sung by Vocaloids such as Toraboruta-P's "Kokoro", Lamaze-P's "PoPiPo", Kurousa-P's "Cantarella".

Besides Miku, this is the first "Vocalo" series album to feature Luka, Len, Rin, and KAITO. MEIKO can be heard in the chorus of tracks 4 and 13. 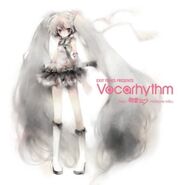 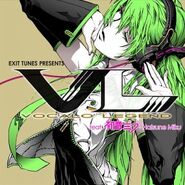 Retrieved from "https://vocaloid.fandom.com/wiki/EXIT_TUNES_PRESENTS_Vocalostar_feat._初音ミク?oldid=1180094"
Community content is available under CC-BY-SA unless otherwise noted.