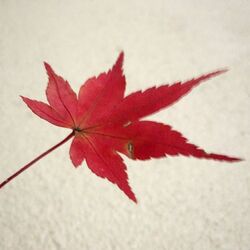 EZFG (read いーぜっとえふじー) is a producer best known for his techno-arranged works. He made his debut with Cyber Thunder Cider, which later on becoming his most popular song. Previously, he has posted several arrangements and BGMs on Niconico.

In addition to their fast-paced arrangements, his songs are also notable for their unique music videos, which are created by EZFG himself. In many of his works, the lyrics are displayed in handwritten white characters on a dark background; whereas in recent songs, he has also shown different methods of lyrics writing.

He has produced original songs and covers featuring a large variety of VOCALOIDs, which includes VY1, VY2, KAITO, Megurine Luka; and is often praised for his skill in vocals tuning.

His most notable songs by far are Cyber Thunder Cider and Totemo Itai Itagaritai, both having entered the Hall of Legend.

EZFG has also released works in the VOCALOID-P data series.

EZFG does NOT permit unauthorized reprints of his videos.