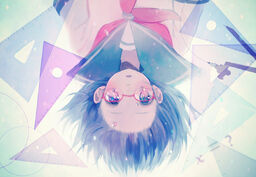 Both the full version and the short version have entered the Hall of Fame.

Retrieved from "https://vocaloid.fandom.com/wiki/Equation%2B**?oldid=976793"
Community content is available under CC-BY-SA unless otherwise noted.