Vocaloid Wiki
Register
Don't have an account?
Sign In
Advertisement
in: Producer, Chinese producer, Producer on Bilibili,
and 8 more 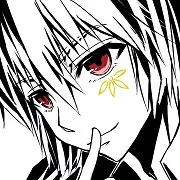 FlowersRite, also known as Huazhiji-P (花之祭P; Huāzhījì-P) and Hana no Matsuri-P (花の祭P), is a Chinese VOCALOID producer who was born on January 16, 1995, and made his debut in November 2012. He specializes in folk and jazz music, and is most known for the former genre in addition to video editing.

He listened to many songs written by Japanese producers in the past, and when the first Chinese VOCALOID came out, he was inspired to write music using the software. "Sānqiān Shìjiè Yā Shā Jìn" became his first notable work, and is acknowledged by fans for its atmosphere and narrative video. This helped establish FlowersRite's popularity and he became one of the most admired producers in the Chinese fandom.

In more recent years, he became less active due to his focus on studies in Canada, but his popularity did not wane.