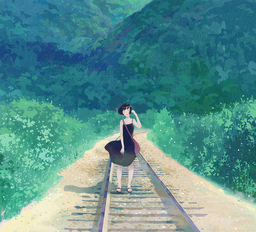 Furukawa-P's ninth song. The song is a relaxed and emotional ballad about a stumbling love from the singer to their girlfriend.

The official video has been taken down on Furukawa-P's Niconico.

This song is featured on Furukawa-P's albums, Peams.E.P and (the army for your) ENVY E.P. It was also featured in his album Girlfriend from Kyoto, featuring human covers of his notable works.

Retrieved from "https://vocaloid.fandom.com/wiki/Girlfriend?oldid=985829"
Community content is available under CC-BY-SA unless otherwise noted.