Most of his works consisted of cover songs. He was quite skilled in using VOCALOIDs to sing in languages they were not made for, being quite known by the VOCALOID community for this and for the quality of his songs. His collection of songs ranges from English, Spanish, Italian, etc.

He has collaborated with the western companies in various occasions, doing the official demos for companies as Zero-G and participating in the development of Spanish voicebanks for VOCALOID3 in collaboration with Voctro Labs.

As of 2016, his involvement with Lucía and LUAN has lead to his withdrawal from any VOCALOID related development in the future. 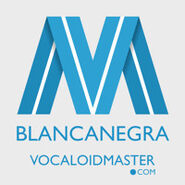