The main visual for the Hatsune Miku Halloween Party, illustrated by Suoh. 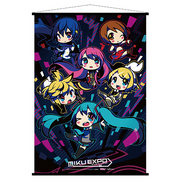 A wall scroll, sold at the expo. 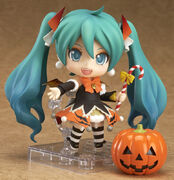 "Path to the Future", main visual illustrated by apapico.