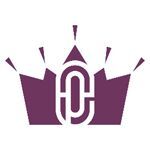 Hachioji-P (八王子P), also known as 8#Prince, is a popular electropop producer and DJ. He mainly uses Miku, though he also uses Luka, GUMI, Rin, and Len. He also produced demo songs for anon & kanon and the private VOCALOID Akikoloid-chan.

His notable songs include "Sweet Devil", "Twinkle World", "Carry Me Off", "Blue Star", and "Kimagure Mercy".

Outside of the VOCALOID community, he produced Mayu Watanabe's song "Hikaru Monotachi" in 2012, which subsequently topped the Oricon Music charts.[1] Currently, he is the composer for KUMONOSU - an music unit along with singer Hanae.

It is highly speculated that he is a Happy and UK Hardcore producer under the alias "P*Light", being a member of HARDCORE TANO*C and Konami's in-house label "beatnation records". However, no official statement has been released regarding this assumption.

At some point in time, q*Left was also speculated to be another alias of him, working as a songwriter. In several interviews and streams, q*Left was confirmed to be his younger sister.[2][3][4]

He was born on December 16th. 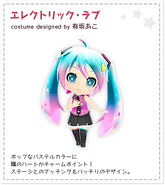