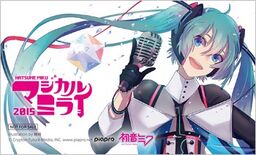 The official Hatsune Miku YouTube channel uploaded video footage of the performance of “Hand in Hand” during the concert on September 10, 2015. 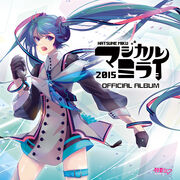 The official cover art for the Blu-ray and DVD release of Magical Mirai 2015.