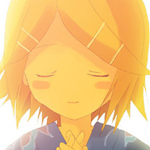 Hayaya-P (はややP) is a popular author who is famous for her complicated Miku and Rin duet "Yumemiru Kotori," which has been covered by nearly every combination of Vocaloids by other authors. She is also known for the attractive pictures used in her song videos, which were drawn by her -- she was known as a professional manga artist "Jun Kamiya" formerly.

Figurine based on the song Yumemiru Kotori 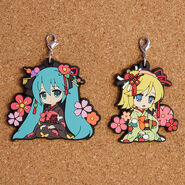