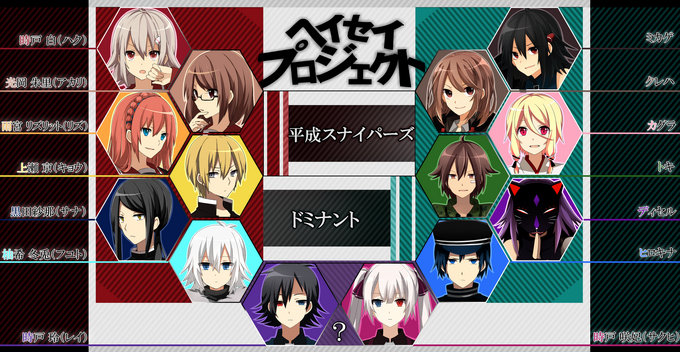 The characters of Heisei Project; illust. by Nanase

As of December 2013, the album Jidai Kaisei Dominant as released as part of the Heisei Project.

Year 20XX: a period with not one discomfort had arrived, and each person lived together comfortably. On the other hand, crimes such as robbery and murders ran rampant.

Although the balance of peace was preserved by eliminating hatred, one day, the world was covered in darkness, and each and every person became a delinquent.

Within the world where both conspiracies swirl, the "story" unfolds.

Amendments may have been made to the original translation.
[[Category:]]

Retrieved from "https://vocaloid.fandom.com/wiki/Heisei_Project?oldid=316355"
Community content is available under CC-BY-SA unless otherwise noted.