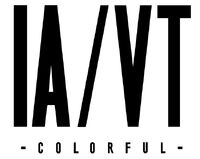 IA Visual Tracks -COLORFUL- (also known as "IA/VT -COLORFUL-") is a game produced for the PS Vita by MARVELOUS Inc. It stars 1st PLACE Co., Ltd.'s VOCALOID, IA in her first video game role. The game was initially due for its Japanese release on July 31, 2014, but after several delays was released on July 30, 2015.[1][2]

IA/VT -COLORFUL- is described as a "sound catching" rhythm action game that incorporates the use of both the analog stick and the face buttons. Players will have to move the on-screen cursor along the perimeter of a larger on-screen circle, as well as press the face buttons in time as they align with the cursor itself, simulating the "catching" of the music.[6] It features 60 songs, and will also support downloadable content once available.[7]

A limited edition version was also announced to be available for pre-order, set at 9,240 yen (compared to the regular retail version's 4,800 yen). This special box set is said to include a variety of items, such as a game pouch, a PS Vita skin, decorative stickers, strap, cleaning cloth, charm strap, and a card case.[10][11] 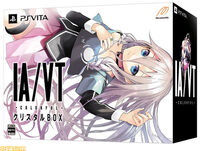 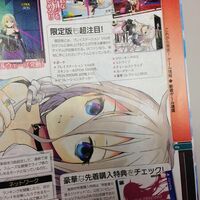 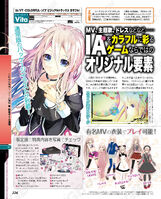 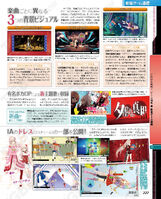 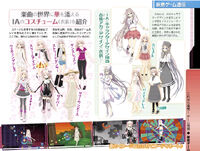 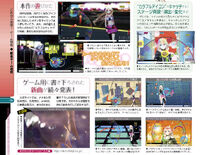 Retrieved from "https://vocaloid.fandom.com/wiki/IA/VT_Colorful?oldid=752537"
Community content is available under CC-BY-SA unless otherwise noted.