Vocaloid Wiki
Register
Don't have an account?
Sign In
Advertisement
in: Producer Work in Progress, Producer, Composer,
and 6 more 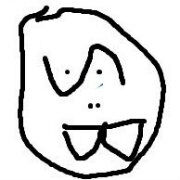 ilem (一列姆; Yīlièmǔ), also known as ilemonyk and his real name Gua Yang (杨栝; Yáng Guā), is a Chinese producer from Dalian, Liaoning, China and was born on September 10, 1993. He is an active producer who made his debut in August 2014.

He first gained fame on bilibili with the addictive "Jintian Mei Chi Yao". His most popular work, "Putong DISCO", became the first Tianyi song and the first YANHE song to reach over 1 million views on bilibili, and later, 10 million views. The quality and addictiveness of his works led to fans jokingly worshipping him as "教主" (cult leader).

While he used a variety of different vocals, majority of his songs feature Luo Tianyi and YANHE.