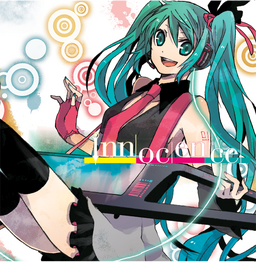 "Innocence" is KazuP's first album. It includes a bonus DVD featuring an updated version of Kellow's PV for "Innocence". The album features the vocals of Miku, Len, Rin, and Luka.

All tracks written by KazuP, except for track 5, which was written and composed by Hachioji-P.

Retrieved from "https://vocaloid.fandom.com/wiki/Innocence_(album)?oldid=905629"
Community content is available under CC-BY-SA unless otherwise noted.