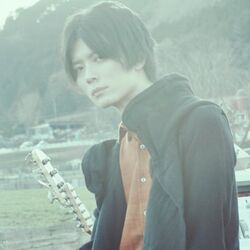 kemu, previously active as Nakamura Ine (中村イネ) and 協奏馬P, is a producer, composer and the leader of the doujin group KEMU VOXX. All of his songs have been well received and the first nine songs he has published as kemu have reached the Hall of Legend status.

All of the VOCALOID works he created are part of a series most commonly referred to as the "PANDORA VOXX" or "KEMU VOXX" series. The series have been confirmed to receive a light novel adaptation starting from June 2013.

kemu has also composed the music for several visual novels, games and anime projects. For his non-VOCALOID work he uses the name Tsukamoto Kemu (塚本けむ).

After the release of kemu's 8th song "Haiboku no Shounen" in May 2013, he mysteriously ceased all activities on his Twitter and piapro account, leaving many to question whether he was still active. kemu released a short piano arrange of "Haiboku no Shounen" in November 2015 through ke-sanβ's channel and resumed VOCALOID-related work in May 2017 with the release of “Haikei Doppelganger”. kemu released a new VOCALOID song, "Gareki no Tou", in November 2021.

kemu is also currently a member of the band PENGUIN RESEARCH signed under Sony Music Japan. He goes by the name Shota Horie and is the bassist as well as the composer for the band.[1]

His birthday is on May 31st. 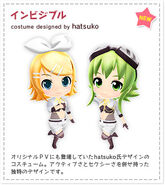