Vocaloid Wiki
Register
Don't have an account?
Sign In
Advertisement
in: Producer Work in Progress, Producer, Japanese producer,
and 5 more 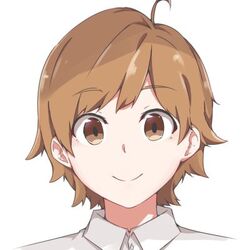 kinoshita (キノシタ) debuted on July 2, 2016. He is a Japanese VOCALOID producer and illustrator, best known for using Hatsune Miku, Otomachi Una, and Kagamine Rin (often pairing the latter two together) on his original songs, although he also used Xin Hua and MEIKA Hime on occasions.

Many of his songs appear to have a friendly, positive, and up-beat theme.