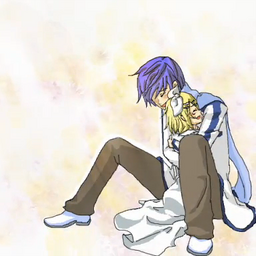 The Kokoro Series was created and produced by Suginohito and his group, who changed the original lyrics of the song Kokoro, and based it on a fanfic written by Oshimaino-P.

The Kokoro series is a trilogy of songs with a slightly humorous yet sad tale. In a similar fashion to "Kokoro" and "Kokoro・Kiseki", a lonely scientist creates an artificial creature. The series has two endings, with a comical "Bad End" route and an emotive "Good End".

Retrieved from "https://vocaloid.fandom.com/wiki/Kokoro%E3%83%BBAnother_Series?oldid=843103"
Community content is available under CC-BY-SA unless otherwise noted.