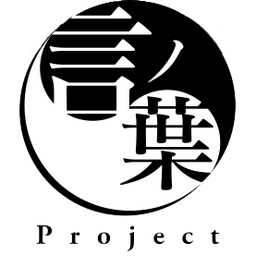 Kotonoha Project is a series of interconnected supernatural themed stories made for the SEGA rhythm game maimai.

The story is split up into two main "seasons".

For the first "season", the overarching plot of the series centers around second year high school student Tsukasa Kuzunoha, a young man who can "hear" honne, monsters formed from the "true face" of people's feelings, and give them physical form. The songs explore five major incidents involving honne; in each installment, he encounters a person, tries to resolve the situation by defeating their Tatemae, and a followup song that follows the character interacting and adjusting to their honne afterwards.

There are eleven songs in Season 1, broken up into five main chapters (consisting of a part 1 and a part 2) and one side story. The early Chapters, Chapters 1 and 2, lack a Vocaloid version of their respective second parts, while Chapters three and onward have one. The first four chapters have been brought to disk as part of official maimai albums, while as a whole they have ended up on individual producers' discorgaphies; the last installment, however, has yet to get a physical release. Eventually the whole season was put into an omnibus album, Kotonoha Project ~Eishoushuu~, but it excludes the Vocaloid versions of all relevant songs.

The second "season" retools the character designs and places them in a Victorian inspired supernatural mystery setting. This story instead follows "Owl", an underground detective who takes residence in a run down bar, and his magical escapades with demons, disease, and the elusive phantom thief Hude Lou.

The entire first season has an online novelization available for free on the official website, also broken up into five main arcs. Altogether, the novelization has 21 segments and 101 chapters.

Retrieved from "https://vocaloid.fandom.com/wiki/Kotonoha_Project?oldid=1129335"
Community content is available under CC-BY-SA unless otherwise noted.