LUMi was introduced on May 19, 2017 and was confirmed to be developed by Akatsuki Virtual Artists (AVA). A preview of her design was shown and it was revealed that she was voiced by Sayaka Ohara, a well known voice actress. A trial version of her VOCALOID4 voicebank was to be made available on June 3.[1][2] It was later revealed that the illustrator was Miyama Hugin and an interview regarding the design was released.[3][4]

According to her provider, the creation of a VOCALOID was an experience she had never done before: she never had to use her voice in such a way for a prolonged period of time and became aware of the consequences of the strain it would inflict on her. She performed 3 recording sessions with 2 of the recording taking its toll and forcing her to stop. She recorded the voice in sets of scales and was surprised that the amount of words she recorded were small as she was expecting to say hundreds of words.[5]

Shobo Baba, who had been around since "Project Daisy" (the predecessor of VOCALOID), was one of the oldest members of the VOCALOID development team and worked on LUMi. During an interview, the sound engineer spoke how he believed it was possible to produce a voice that was fairly human. He noted that every new VOCALOID vocal presented a new set of challenges. He talked about how professional Sayaka Ohara had been throughout. He hoped that he would to be able to produce a vocal that could be used for dramas and movies through LUMi. Though things went smoothly, he mentioned how the provider collapsed during her second recordings, her throat condition, and how they had to take her well being into account. They made up for this in the third set of recordings which was described as unusual.[6]

LUMi's 30 day trial was made available through her website and could only be obtained via membership and magazine email subscription.[7]

On July 13, it was announced that LUMi would receive a limited edition release. This version was to be made available to distinguished users and a regular release was to come later.[8] The limited edition was to release on July 24, however, due to the need for more preparation, this was pushed back. At this time, the new date was unknown.[9]

In August, the site for the limited edition version was opened and information about the product was released. The limited edition was set to be distributed on August 14. The only way to claim the limited edition was to reserve a copy by contacting the company on twitter or through their website, and then pick it up at their office.[10][11][12] When a fan asked if it was possible for overseas customers to acquire LUMi's limited edition box, Hiwatashi, the person in charge of AVA Operation, responded that it would only be available in the physical storefront in Japan. Hiwatashi also noted that LUMI's normal version would be sold in late August through their own shop and other sites in late August. These include physical and digital copies, though an international delivery of the physical versions were still being considered.[13]

According to an email newsletter, LUMi would be released on AVA's online store on August 30.[15] 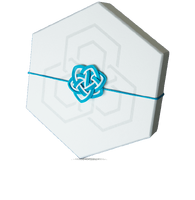