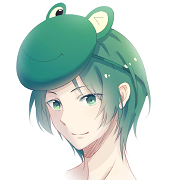 Langren-P, also known as Zhuan Chang Langren (砖厂浪人; Zhuān Chǎng Làngrén) is a Chinese VOCALOID producer who specializes in rock genres and made his debut in June 2015. He became interested in VOCALOID after listening to Hatsune Miku's voice in college, and after the release of "March Rain", he was inspired to produce music with VOCALOID.

His first song, "Chángyè Yǔ", quickly became a hit among fans and his later works also received praise. His most notable work was the Four Seasons Series (四季系列).

His birthday is September 14.

Retrieved from "https://vocaloid.fandom.com/wiki/Langren-P?oldid=1017854"
Community content is available under CC-BY-SA unless otherwise noted.