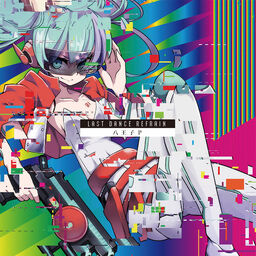 "Last Dance Refrain" is Hachioji-P's 10th album, released in celebration of Hatsune Miku's 10th anniversary. Tracks 9 and 10 (both remixes) are exclusive to the limited edition version. All tracks are sung by Miku. 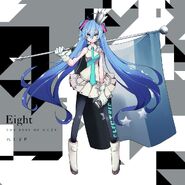 Eight -THE BEST OF Hachioji-P- 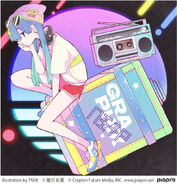 All tracks written by Hachioji-P, with additional lyrics by q*Left and music by kz for track 5. Track 9 features a song in a mashup originally composed by Giga-P and written by Reol. Track 10 was originally written and composed by kz.

In addition to two extra tracks, the limited edition version includes a DVD featuring the PV for "Aimai Liar".