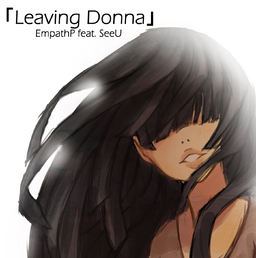 The plot for this song is about a man who loves a woman named Donna, but had to leave her for war. Although promising his return, he dies in battle with his last thoughts being of her.

Retrieved from "https://vocaloid.fandom.com/wiki/Leaving_Donna?oldid=927680"
Community content is available under CC-BY-SA unless otherwise noted.