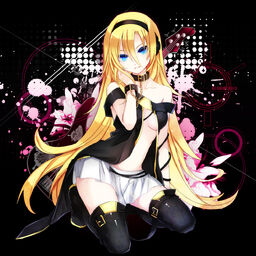 Lience is a yandere-related theme song, originally featuring SF-A2 miki. Later, a pitched-up version using Lily V3 has been published on Niconico and became more popular than its predecessor.

While miki's version has never been featured in any album, Lily's is available in the album LILIUM DOLL.

Retrieved from "https://vocaloid.fandom.com/wiki/Lience?oldid=978892"
Community content is available under CC-BY-SA unless otherwise noted.