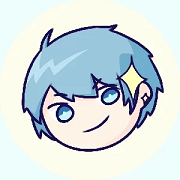 Lingfeng (灵风; Língfēng), also known as Gua Zhe Lingfeng (卦者灵风; Guà Zhě Língfēng), is a Chinese producer from Shandong, China who made his debut in June 2016. He is most known for his tuning for rap, and majority of his works feature Xin Hua and Luo Tianyi.

He was introduced to VOCALOID during his first year of high school. He made his debut with "Chéngshì Lǐ de Sùmiáo" featuring Tianyi, and was later known for working with Zhaotian-P and Lingmeng-P to create a series together. It wasn't until 2018, with the release of "Call For Help" featuring Xin Hua, that Lingfeng became noticed and well known in the fandom.

His birthday is October 24 and he is currently studying at Qufu Normal University.

Retrieved from "https://vocaloid.fandom.com/wiki/Lingfeng?oldid=1017761"
Community content is available under CC-BY-SA unless otherwise noted.