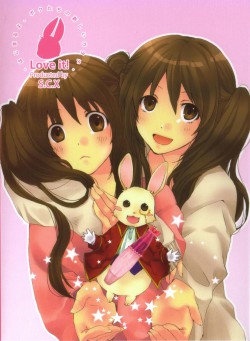 "Love it!" is a song featuring Hatsune Miku by Clean Tears and T-ism. Originally, the full-length, 5 minute version of song was featured exclusively on the album Love it!, released on December 29, 2008. (An album crossfade with a preview of the song is available on NicoNico)

A shorter version titled -radio edit- was used as the credits song in the original Hatsune Miku -Project DIVA- game in 2009, and is also available to download for free on Clean Tears' website.

Retrieved from "https://vocaloid.fandom.com/wiki/Love_it!?oldid=1006394"
Community content is available under CC-BY-SA unless otherwise noted.