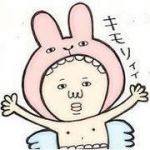 Lovely-P (ラヴリーP) is a VOCALOID producer that is known for her Miku works.

Her videos are varied in degrees of success, but generally hit between twenty to thirty thousand views. However, some of her videos have earned 80,000+. Her most successful song, "VOiCE", has reached 1,000,000 views.