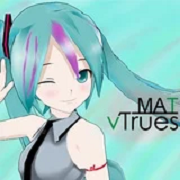 MAT, also known as mat_violin and Dyuaru-P (デュアルP), is a violinist who made their debut in 2011 and became a VOCALOID producer in March 2012. Most of their works are written in Japanese and are J-POP themed. They are a member of VelecTi and usually specializes in making arrangements.

Retrieved from "https://vocaloid.fandom.com/wiki/MAT?oldid=1017857"
Community content is available under CC-BY-SA unless otherwise noted.