MIKU STOMP is a guitar-based synthetic voice player designed and created by KORG in co-operation with Crypton Future Media and Yamaha.

The MIKU STOMP module connects to any electric instrument capable of audio line-in functions (specifically, guitars), and draws data from a never-before-seen voicebank for Hatsune Miku. Using the audio input, users can connect their instrument to the module and play a note, having Miku match the corresponding pitch, intonation, timbre, and vibrato. MIKU STOMP utilizes limited VOCALOID hardware technology, and is constructed upon the same principles as the VOCALOOP and eVOCALOID software. 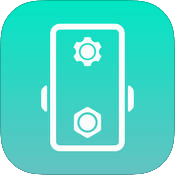 Lyrics for MIkU STOMP is an iOS app which allows user to be able to input lyrics in either hiragana or katakana. Users can select from a number of preset syllables and phrases, such as "Looh", and "Ah". Some lyrics to Senbonzakura can also be selected from the list of phrases.