In 2013, VOCALOID NEO (a version of VOCALOID3 for the Mac) was released. However, though the news was interesting, as a Magazine editor, Haruna Ikezawa had no budget for VOCALOID production. Later, after things were sorted to produce a VOCALOID version, teasers were released hinting that Macne Nana was being produced for VOCALOID3. This was later confirmed on Nana's Twitter account.[1][2]

According to Mac Fan magazine, there was a conversation with YAMAHA. There was no money involved and approval was given for the voice of Haruna to become a VOCALOID. The vocal would be reviewed at 70% completion. If the vocal did not meet expectations, it would be scrapped. It would only move forward to a commercial release if the vocal was satisfactory.[3]

Due to the lack of a budget, a sponsor had to be found to power the project's funds and a distributor was needed. In the end, the issue was resolved with Bplats, Inc.. The decision was made to make this vocal to be sold exclusively at the Vocaloid Store. Originally, the project was to be released in January, but Haruna wanted to challenge herself by creating an English vocal and she found the original recording of her vocal to be boring. However, permission was needed due to the time that had been set aside to produce the vocal. Approval was given and an English voicebank went into production. Adding the English vocal set the project back and caused it to delay for a year and a half.

During the summer, Nana's Japanese and English voicebanks were rerecorded to improve the vocals. The Japanese vocal took a day to record while the English vocal took 5 days. A Mandarin Chinese vocal was also produced as Haruna knew Mandarin, but production stopped at a prototype stage. This vocal was left to be considered as a future release rather than an immediate one.

Editing began in August where which much trial and error occurred. Due to the January deadline, only 3 months were left to edit the vocals. The vocals needed to be delivered to YAMAHA by November. A total of over 1,000 hours were put into producing the vocals which amounted to a workload of 15 hours a day. The Japanese vocal had to be redone 6 times while the English vocal was redone about 11 times. The English vocal in particular was difficult for Haruna to work with.

In October, it was confirmed she was progressing and that she would have both a PC version and a Mac version. It was also confirmed to the public that she would be bilingual in Japanese and English. She was slated for a January 2014 release.[4]

In November, it was revealed that Bplats, Inc. would be the company that recorded her voicebanks. It was also stated that her English and Japanese voicebanks could be bought separately or as part of a bundle. The bundle went on pre-order in mid-December. Those who pre-ordered would receive several bonuses, including the Macne Nana 2S vocal and wallpapers. They were also entered into a competition to win one of 10 signed hand-drawn pictures by Haruna Ikezawa and Gomoku Akatsuki.[5]

It was mentioned in an interview that Nana's Mandarin Chinese vocal was not completely out of question yet, as they made an incomplete test voicebank. However, they don't guarantee release for it.[6] Haruna Ikezawa was also interested in the French Vocaloid by VoxWave which was being produced with the help of VocaTone. Since Haruna can also speak French, she put forth the idea of a French-capable Nana for future development.[7]

Currently the French project has been brought to a halt, decreasing Macne Nana's chances of getting a French vocal.[8]

In May 2015, due to the closure of the Vocaloid store, there was talk of selling Macne Nana in the AH-Software Co. Ltd. store. Although the VOCALOID SHOP was replacing the store, at the time, the clause was considered "messy" as there were too many uncertain factors regarding what would happen after the switch.[9] As of June 2015, Nana officially became available from the AHS shop.[10] 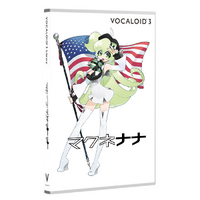 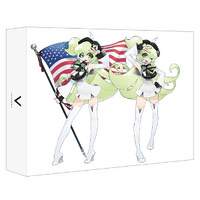