Vocaloid Wiki
Register
Don't have an account?
Sign In
Advertisement
in: Converting to new layout, Retired producers, Producer,
and 4 more 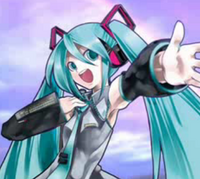 malo is the author of the song "The First Sound". This song has made malo's name famous as a creator who speaks Miku's feelings as a VOCALOID, but little is known about this creator. An agency uploads malo's songs once a year on August 31, the anniversary day of Miku. Even the name malo was concealed at first, then the name became clear after their songs were recorded and released on CD.

While malo was thought to have retired in 2010, he has since reappeared on Spotify in 2019 publishing five singles trance albums. malo no longer produces VOCALOID music, but is now instead a Greek artist.