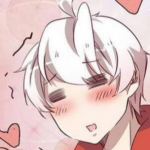 aka Viper; PFP by CleverCool

Need me for something? Feel free to write here!

我的中文不太好。。。 I don't know Chinese that well to have a full conversation with anyone and can only read/write a little. However, do not allow this to intimidate you into not asking me questions or talking to me. I don't mind if you write to me in Chinese, in fact, I encourage everyone to write in the language they are most comfortable with, but I will take a lot longer to respond back.