Vocaloid Wiki
Register
Don't have an account?
Sign In
Advertisement
in: Producer, Chinese producer, Producer on Bilibili,
and 9 more 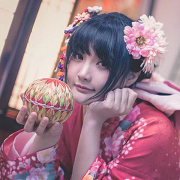 Mikunya (米库喵; Mǐkùmiāo), also known as Mikunya-P, is a Chinese producer who began writing music in 2009 and made her bilibili debut in July 2016. She focuses on creating music featuring Hatsune Miku. Since 2009, she's made seven VOCALOID albums and became one of the most well known VOCALOID users from China. While Mikunya's been known to work with a variety of other music genres, her specialty is electropop.