Vocaloid Wiki
Register
Don't have an account?
Sign In
Advertisement
in: Producer, Chinese producer, Producer on Bilibili,
and 2 more 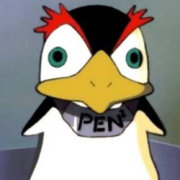 Ming Huang (冥凰; Míng Huáng), also known as Leng Niao (冷鸟; Lěng Niǎo), is a Chinese lyricist who made his bilibili debut in September 2009 but was active since 2007 on sites such as 5Sing and AcFun.

Early on, Ming Huang mainly organized activities for music lovers within Feng Jian Academy Group and Ya Yue Pu. At the time, he often wrote Chinese translyrics for well-known Japanese songs, which included anime and VOCALOID. After the organizations ceased activities, he became a freelance creator and maintained cooperation with many musicians in China. He was known to be good at writing lyrics for a variety of subjects and can work well with both traditional and modern lyrics. However, he claims that there are some that he may have trouble writing about.

After Luo Tianyi released in July 2012, Ming Huang gravitated toward making original creations. Over the years, his creative career became more closely related to Chinese VOCALOIDs. The first VOCALOID work he was involved with was "Crack" in collaboration with ONO and Faguang-P, which was uploaded in September 2012.

From 2018 to 2019, Vsinger and the mobile game 300 Da Zuozhan collaborated together. Ming Huang wrote the lyrics for five of the six songs available.