"moon" is iroha(sasaki)'s first original VOCALOID work. The lyrics are somewhat vague, but a common interpretation is that Miku is in fact the moon, and is singing about always being by mankind.

The song was released as a single and is featured in the compilation albums MIKUNOPOLIS in LOS ANGELES and EXIT TUNES PRESENTS Vocaloconnection feat. 初音ミク. Additionally, it is the subject of a remix album, MOON. 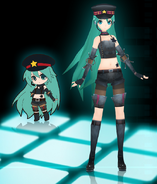 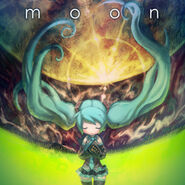 Retrieved from "https://vocaloid.fandom.com/wiki/Moon?oldid=478572"
Community content is available under CC-BY-SA unless otherwise noted.