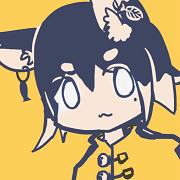 NekoLoco, also known as Mo Lanhua Yu (墨兰花语; Mò Lánhuā Yǔ) and formerly known as PussLoco, is a Chinese video editor who made her debut in June 2013. She is known to use Adobe After Effects and her videos are described to be diverse. Her most notable works include "Sun Quan the Emperor" and "Dry Brushes".

In September 2017, NekoLoco announced that she would be less active due to personal problems. However, she made a return some time after.

Her birthday is April 13.

Retrieved from "https://vocaloid.fandom.com/wiki/NekoLoco?oldid=1042840"
Community content is available under CC-BY-SA unless otherwise noted.