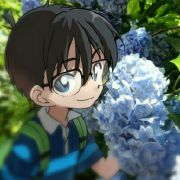 Ori v (折v), also known as Ori Tsubasa no v Hishio (折翼のv酱), is a Chinese producer who made his debut in October 2013. He is most known for his tuning styles, although he is known to work on PVs as well.

His most notable works are his GUMI covers of "Pǔtōng DISCO" and "Qiān Sī Xì".

Retrieved from "https://vocaloid.fandom.com/wiki/Ori_v?oldid=960067"
Community content is available under CC-BY-SA unless otherwise noted.