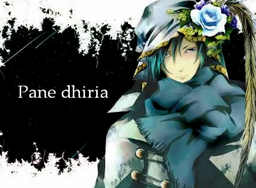 "Pane dhiria" tells of a man (KAITO) who sings a song to the gods. Parts of the lyrics uses made up language which has no definite meaning and is very common in general folk songs.

This song was featured in the game -Project DIVA- Arcade.

Retrieved from "https://vocaloid.fandom.com/wiki/Pane_dhiria?oldid=975612"
Community content is available under CC-BY-SA unless otherwise noted.