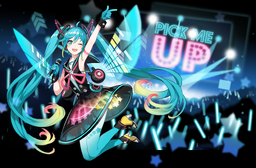 "Pick Me Up" is an original song featuring Hatsune Miku V4 Chinese. It was written for everyone who supported the creation of Miku V4 Chinese. A Japanese version of the song was used in the MIKU WITH YOU 2018 concert. 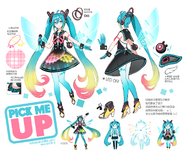 Retrieved from "https://vocaloid.fandom.com/wiki/Pick_Me_Up?oldid=949202"
Community content is available under CC-BY-SA unless otherwise noted.