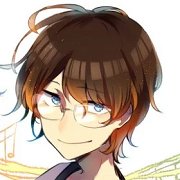 PoKeR, formerly known as Dapai de Chuyin (打牌的初音; Dǎpái de Chūyīn) and rekop, is a Chinese producer who first became interested in VOCALOID in 2010 and later made his debut in March 2012. He is most known to work with J-Pop and for his skills in piano accompaniment.

On March 8, 2018, he became the eighth Chinese producer to reach 100,000 followers on bilibili. His most notable works include "Ài" and "dream→world→singing".