Vocaloid Wiki
Register
Don't have an account?
Sign In
Advertisement
in: Converting to new layout, Producer, English producer,
and 8 more 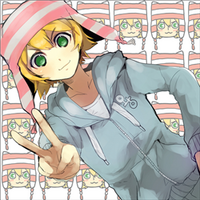 Wolfgang, also known as Prince Syo (Syo王子), and Syowangja (쇼왕자), debuted January 2013. He was known in the VOCALOID community as a cover artist utilizing VOCALOIDs such as SeeU and his UTAUs, Shou Kaneyama and Baak Yatchou. He provided test Cantonese VOCALOID library based off of the UTAU Baak Yatchou. He also posted a sample of a test Korean library he recorded.[1][2] He decided to record another Korean voicebank, but this time it would have extra phonemes for Chinese and English.[3]

As a developer, he created reclists for English, Mandarin, and Korean. This knowledge in phonetics resulted in Anders, a sound engineer for PowerFX, to be put into contact with him for work on the then upcoming English VOCALOID3 products, YOHIOloid and RUBY. He was the assistant editor for the former and worked independently on the latter.

During the development of RUBY, Syo considered approaching a different company or not releasing the voicebank at all if the payment deal was not good enough. He thought he would be paid via a royalties system, but he was offered a lump sum instead.[4][5] He commented that if 10 hours out of his school week was being dedicated to RUBY's development, the amount of money he would have earned at minimum would equal to almost $5,000.[6][7] The payment that was offered was a quarter of that.

He would only be given a bonus if RUBY sold well. He expressed a wish to find a "real job" after RUBY was released.[8][9][10] Unless RUBY turned out to be amazing, he would likely not be involved much in future VOCALOID developments. He also mentioned that the fact others will steal his work depressed him.[11][12] 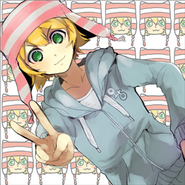